Ripping up the most important resume in the world – your own 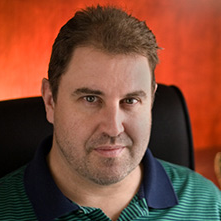 How to Answer Interview Questions

Questions to Ask On an Interview That Help You Stand Out

The 5 Questions to Ask Your Interviewer

My friend Jason Alba of JibberJobber (see the end of the article) has asked a number of recruiters and professional resume writers and coaches to participate in critiquing a resume. I was asked to do it from a recruiter’s perspective and agreed at first to just be a judge of the final work.

As I thought about it more, it made sense to me to participate in the re-write as well. Since most of the jobseekers/candidates who we work with in our practice don’t normally take the time or want to incur the expense of hiring a professional to create or remake their resumes, the advice that they receive from us is about the most that they will entertain in terms of change to their resumes.

Now on to the task of presenting, critiquing, and rewriting the resume that Jason sent. [Editor’s Note: While I do use this particular resume as an example, the reader should pull out their own resume and see if the flaws that are mentioned are present in your own.] Unfortunately because of the format of my blog it is very difficult to present a readable image of the whole resume to the reader at one time… but I will try. I have included a PDF of the entire resume which you can click on to get a full view of the resume. I have also created some thumbnail JPEGs of the resume that if you click on you will get a full scale view of the resume. Finally, for those of you who have MS Word and aren’t concerned about catching a virus (my system is clean – as is my website) I have included the original and redone resume documents for download, along with two templates for you to use on your own resume rewrites.

1.) The first thing that catches me is how dull and unattractive to the eye the resume is. It is just too, too plain. Noone is going to spend much time looking at the meat of the resume if the initial presentation doesn’t grab the reader’s attention. I would have filed the thing in the circular file and fired off a "can’t help" email to the potential candidate. — You must make your resume visually appealing enough that the reader will take time to dig in enough to see if you have a skill set that they need.

2.) The second thing that I notice, once I spend a little time with the information is a red flag, no address information on the candidate. It’s a red flag because if not freely given, there can be an ulterior motive… is the candidate from out of state? Why does the candidate not want us to know where he lives? Is s/he going through some personal crisis that is causing upheaval that will effect his/her work? Companies have relocation money in their budgets and they will spend it for the right candidate. — You are fooling no one by leaving off address information, put an address on your resume and avoid this unnecessary red flag.

3.) As I read further, I notice that there seems to be a battle going on between whether this particular person wants to be an employee or work for him/herself. While including outside interests or other pursuits at earning income can be a positive, one must present them so that they intensify the attractiveness of a candidate as an employee and not as someone who might not be committed to the company; another potential read flag. — You must present as clearly as possible all and only the work history which will be attractive and desirable to the potential employer.

4.) Fourth, after computing the overall length of work history, I conclude that this person would be much better served by having a single page resume rather than a multi-page one. Leaving out the information that I point out as problematic in the point just above will help shorten the resume up. It will also prevent what is another problem that most people don’t’ think about at all… what happens if the pages of your resume get separated? With a single page resume, that can’t happen. another plus is that you are forced to remove boring drab statements and replace them with powerful statements that are more likely to garner interest. — Unless your particular industry or position require multiple page resumes (for research grant listings, publications, or certifications and transcripts), present your resume on one page.

5.) Finally, but not of least importance, I notice that there are almost NO quantifiable achievements that are expressed in terms of dollars or percentages. Every employer must justify the expense of an employee. Chiefly that is done by the employee creating more revenue than he or she costs the company in salary, benefits, and bonuses. The more valuable employees provide higher value by increasing overall sales higher than or by saving more money than their co-workers. — You must include achievements of cost reductions or increased revenues to position yourself above the competition.

This resume template is designed for people with short career histories or few jobs; in general people whose industry or functional position doesn’t require them to create multi-page resumes. It lacks an area that most people call "the objective" and substitutes an area at the top where a jobseeker can enter a short paragraph that summarizes their top skills. This paragraph could be targeted for different companies and positions for which the jobseeker is applying.

Following the "summary" is area where the jobseeker can highlight a number of the most impressive career achievements. These could be targeted as well, but they generally should be highlights which would hold universal appeal for anyone reading the resume. It is done in a chronological format, in terms of work history, because most HR people want to see it that way and unless there is a very compelling reason to present your resume in a functional or other format, not using the chronological format throws up red flags. Remember that HR people are looking for reasons to exclude candidates, not include them. Don’t give them reasons to exclude you.

The Redo of John Smith’s Resume

[Click here for the PDF version] I decided that since "John" didn’t have very much work history I could easily fit all of the necessary career history on the one page format. I changed each of the jobs so that they contained brief descriptions of the [fictitious] companies and his responsibilities. What I didn’t do and where professional resume writers will certainly have an edge over me is, I didn’t interview the jobseeker to draw out his career history and uncover contributions that you have made while in previous positions that have had tremendous impact. The part of the resume that I redid that needs input from John are listed in orange. As you can easily see, there is a LOT of work left to be done. Also, as a note, there are two places where I point out [in red] that his job titles need to be changed. The reasons are twofold – one, the titles he used here have not real meaning and two, it appears to be puffery – a red flag which can invite more suspension than it quells. Use real titles from your jobs or translate real titles that companies use that are strange and non-conforming to the most meaningful truthful title that describes your actual position. To do otherwise may terminate your candidacy ended before it has really begun.

Professional resume writers and career coaches like Barbara Safani of CareerSolvers and Liz Handlin of Ultimate Resumes, and Billie Sucher of CareerHub will also have a larger repertoire of adjectives and adverbs that make your resume scintillating and sizzling rather than just average. Their experience in putting together the power statements like the one’s at the top of the one page resume template will be much broader than mine. And since they create powerful resumes for clients as their primary source of income, they can afford to spend time on your resume, where as with recruiters like myself, it is a no-charge service that may lose us money.

However, since your resume is most important to YOU, you can afford to spend as much time as necessary to make it great. That’s why I titled the article as I did. So do the research yourself keeping in mind the principles that I have outlined and spend the time crafting your power statements and highlighting your achievements and you will have a winning resume.

For those of you who have to have a multiple page resume, I have included a template that will serve as a guide for you.

Finally, our last piece of business… as Jimmy Kimmel and Adam Corolla would say at the end of their show – "and now, girls jumping on trampolines" I’ll say – "and now for a new picture of Jessica (not Jason’s sister) Alba."